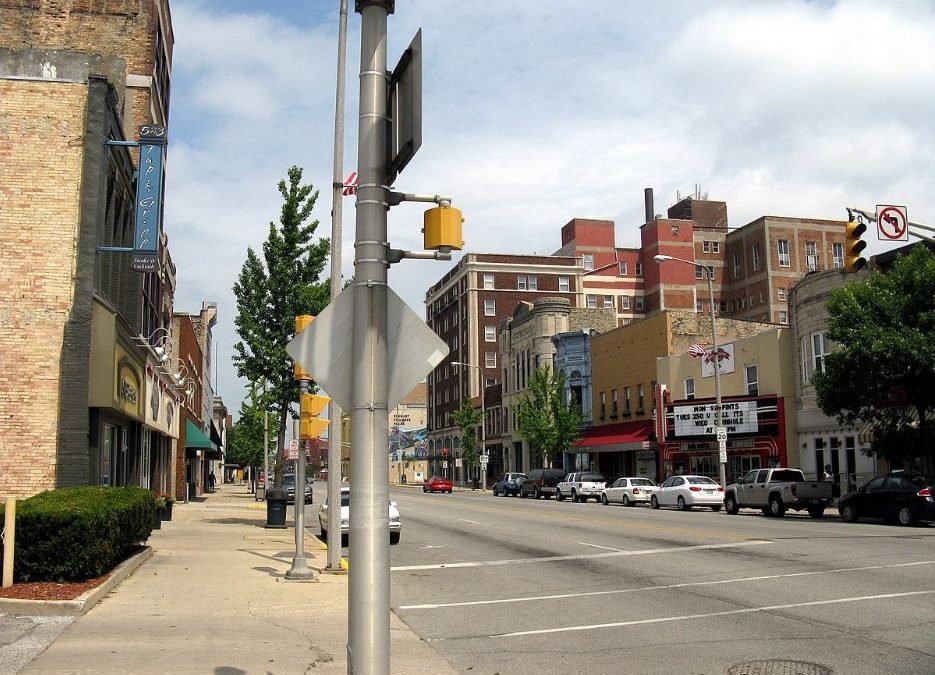 Hello out there LeafTech Friends and Colleagues! On occasion, one of our employees, as well as, our Partners and Senior staff disappear from LeafTech Headquarters on any given Thursday and reappear the following Wednesday, seemingly unscathed. Where does he or she disappear to? it’s usually a suburb of a larger town to perform one of LeafTech’s signature services: the office IT move or acquisition. Recently, we debriefed Chris McAree after his second trip to Elkhart, Indiana for United Capital: a little town with a big heart and, interestingly enough one of the U.S.’s largest Jazz festivals…

So Chris, why were you in Elkhart, IN for a second time?
I was assisting, from a technical perspective, one of our largest clients, United Capital, move one of their regional offices into a new space over a weekend. The buildings were only a couple of hundred yards apart but they wanted to be up and running Monday morning – and they were!

What is it about Elkhart that makes it such a fun / special project?
Elkhart is a wonderful little town in the heart of America. Everyone I come across in Elkhart is kind, friendly and just salt-of-the-earth kind of folk. Everything, and I mean, everything is about 15 minutes away – something I can’t say here in Denver, Colorado.

Do you see yourself going back to Elkhart?
Not anytime soon but you never know. The lease on the new space is seven years – so they probably won’t need me for a long time!

Could you see yourself living in a place like Elkhart?
I think I could but maybe Elkhart is a bit too small. I didn’t see any hockey rinks so that would be a problem. They do have a scenic Riverwalk that is being revitalized that my wife would love.

So you’ve been on several of these types of trips, what’s the worst thing that’s ever happened?
Well, speaking of my wife, she likes to play tricks on me, and I’m a bit of a spook. So one Halloween night (yes October 31st, 2015 I remember it well) I’m in a gorgeous Victorian building outside of Pittsburgh, PA, and I had to go into the basement to access the server and telco equipment and she starts telling me about all the ghosts in this little town I’m in and, most likely, making up all sorts of stories about the particular building I’m in. Long story short, I keep her on speakerphone as I race around the basement and as I tear up the stairs I’m certain one of her “ghosts” is hot on my heels.

So even though you’ve got a Science background, there’s some room for the metaphysical in your mind?
Yes, but only as long as it stays there in my mind.

Fair enough, what’s the best thing that’s ever happened on one of these trips?
Well, besides the working with new people, I do get to see some towns like Elkhart that’s right outside of South Bend, IN and always go for a walk at the Notre Dame campus and bring back some cool stuff for my family. But the best “fieldtrip”: New York City! I’ve had the privilege of living all over the world while I was young, and we’re big travel buffs – but my wife and I have never been to New York City together – and we still haven’t. Two years after the “basement of doom” trip, I took a “fieldtrip” with a colleague into NYC and called my wife from Times Square – she was at the Farmer’s Market in Parker, and I think I could hear her jaw drop to the floor when I told her where I was! That was a great moment.

So you’re saying you two are equal now: no more ghosts stories and you’ll stay out of the big city?
Perhaps (laughing) but I did get her good!

So where is a LeafTech-er off to next?
Well we have several of these type of projects in the Spring – Moline, IL and Peachtree, GA, and hopefully, United Capital will keep having us do them. And it’s a service we provide for many clients, moves, acquisitions and then training the staff on Monday morning. It’s great to leave a place knowing not only does your clientele have the best hardware and latest software, but they have now been hands-on trained on how to use it. Puts a smile on my face.

Just no scary basements?
ALL basements have an element of fear to them for me!