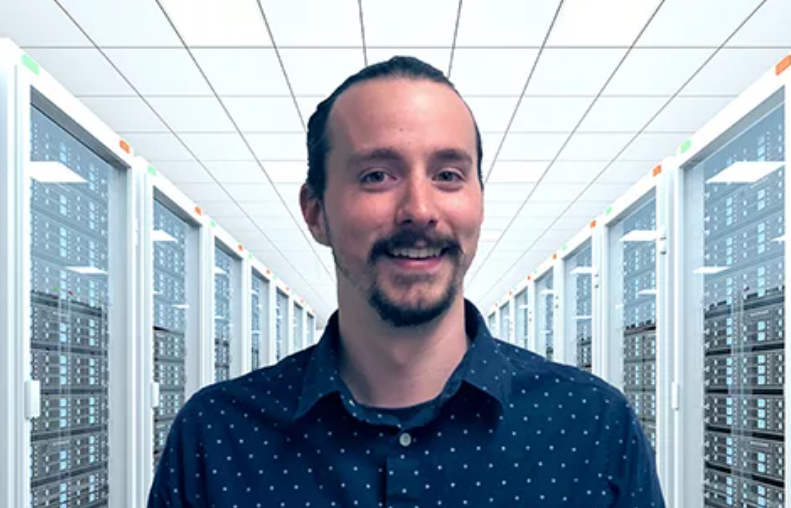 LeafTech is excited to introduce you to our newest team member, Jim Geary!

Jim joins LeafTech with seven years of IT experience, mostly with a major carrier. We won’t say who, but we are glad that he chose to find a new adventure! Instead of being a ‘fixer’ for this un-named carrier, Jim is excited to get the job done right the first time for LeafTech clients.

Above all else, Jim cares about people. When asked about his hero story, he talked about implementing a process at this previous company to help less-visible co-workers quantify their value to the company, to help qualify them for promotion or advancement where deserved.

In his short time with LeafTech, we have already seen how Jim goes out of the way to help his team and clients. When Jim drove 45 minutes to help a LeafTech client at their home office during an emergency after already putting in an 8 hour day – we knew we had a teammate that we could trust and respect.

Jim says he kind of fell into learning Networking, and we bet it was an easy landing. Originally from Baltimore, Jim has been in Colorado long enough to know where to get the best gluten-free options around. Luckily, he now lives in an amazing state where you even get gluten-free microbrews!

Jim stated that his fantasy philosophical conversation would be with either Thoreau, or Kevin Smith. I think we should get all three of them together and see what happens! Jim is also the only team member to call out cats openly for being a little rude… But he likes them well enough anyway.